Throughout his career, Ted Turner has won recognition for his entrepreneurial acumen; sharp business skills; a vision that transformed television; leadership qualities that won sports championships; and his unprecedented philanthropy.

Turner has also made his mark as one of the most influential philanthropists in the U.S.

He is the chairman of the Turner Foundation, founded in 1990, which supports efforts for improving air and water quality, developing a sustainable energy future to protect our climate, safeguarding environmental health, maintaining wildlife habitat protection, and developing practices and policies to curb population growth rates. Since its inception, the Turner Foundation has given more than $380 million to hundreds of organizations.

Turner and executive producer Barbara Pyle launched the animated series Captain Planet and the Planeteers in 1990. One year later, Pyle created the Captain Planet Foundation to fund and support hands-on, environmental projects for children and youth. The foundation’s objective is to encourage innovative programs that empower children and youth around the world to work individually and collectively to solve environmental problems in their neighborhoods and communities.

The Turner Endangered Species Fund, launched in June 1997, is a core grantee of the Turner Foundation, which works to conserve biodiversity by emphasizing restoration efforts of endangered or imperiled species on the Turner properties.

In September 1997, Turner announced his historic pledge of up to $1 billion to the United Nations. The following year, Turner created the United Nations Foundation (UNF).  The organization supports the goals and objectives of the United Nations to promote a more peaceful, prosperous and just world. UNF has identified four core priorities: women and population; children’s health; the environment; and peace and security.

In early 2001, Turner launched the Nuclear Threat Initiative (NTI), a foundation he co-chairs with former Senator Sam Nunn. NTI is working to close the growing and increasingly dangerous gap between the threat from nuclear, chemical and biological weapons and the global response.

Turner is also chairman of Turner Enterprises, Inc., a private company, which manages his business interests, land holdings and investments, including the oversight of two million acres in eight states and in Argentina. Through Turner Enterprises, Turner also manages the largest commercial bison herd (45,000) in North America on 14 ranches in Colorado, Kansas, Montana, Nebraska, New Mexico, and South Dakota.

For many years, Turner has devoted his time and energy toward promoting the use of clean energy sources. Through his Turner Renewable Energy (TRE) company, Turner believes that investing in renewable energy is not only a prudent financial decision, but also a crucial step toward ensuring our planet’s future health.  TRE has taken several significant steps in moving from fossil fuels to renewable energy sources, including investing in MERIT SI, LLC, a national sustainable infrastructure company with offices in Austin and Houston, Texas and New Jersey. MERIT SI develops and delivers innovative solar and energy storage solutions to industrial operators of critical infrastructure across North America. In addition to its investment in MERIT SI, Turner Renewable Energy is responsible for the development of the 25-canopy Luckie Street Solar Project and the utilization of clean energy sources whenever possible at Ted’s Montana Grill restaurants and on Turner Ranches, which utilize some form of solar power on the majority of its properties.

In June 2015, Turner launched his latest hospitality venture, Ted Turner Reserves, a groundbreaking initiative inviting the public to visit and enjoy four unique, Turner-owned locales, totaling over one million acres of diverse, stunning landscapes.  It is through these experiences led by Ted Turner Reserves that Turner hopes others will develop a keen appreciation for and understanding of nature, and in turn, consciously take steps, small or large, toward improving our environment. 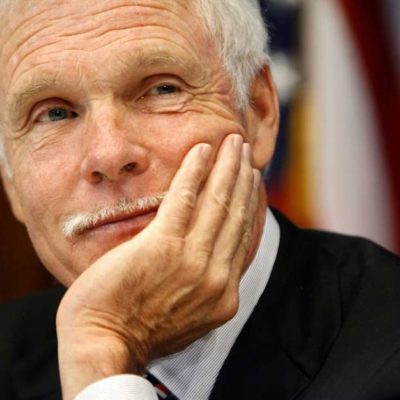